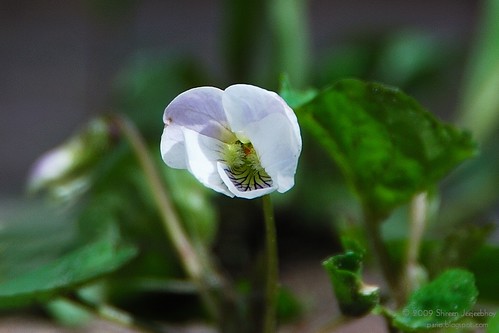 It’s been a gale-force day of wind and flying hopes in a week of unfolding possibilities.

I’ve been studying the Book of Job in the Bible for the better part of a year now with my Pastor, and partway in, I started toying with the idea of writing my own Outline as the ones suggested to me were unsatisfying or glib. Then my Pastor started to talk to me about presenting the outline in a study group; I thought he’d put it together from the stuff we’d discussed. But this week, he used my entire PowerPoint presentation with only one minor change and had me co-lead. I was blown away.

Doing these slides was a real watershed moment (well, days-long moment) for me; I had not worked with presentation software since before my brain injury, over 10 years ago. I have not done any kind of teaching in so long I cannot remember the last time I did. I certainly didn’t think I was able to study and learn well enough to then teach other people. A few years ago, I had tried taking a 6-week university course, one with no notes, no reading, no tests, the simplest kind of course, as part of my rehab, and though I enjoyed it, by the end of the 6 weeks I was dragging myself there. And I didn’t remember a thing, just like when reading a new book.

This is not the first time I’ve read Job, but it is the first time I’ve studied it and taken notes and written a summary and mused over it in the twilight hours. Perhaps it’s all the written material built up over the months and being able to discuss it with another person that’s allowed me to really learn and retain and process new concepts for the first time since January 2000. It’s not easy hanging on to what I’ve learnt, but so far I have.

And so it was a nasty shock to be dragged back into the bowels of what led me here with the news item, blithely read on the radio by the announcer, that insurance companies have convinced FSCO and thus probably the Ontario government that they should not have to pay out more than $25,000 for anyone who has suffered a non-catastrophic injury like blindness or amputations and brain injury. That’s down from the current $100,000, which is also inadequate. Their excuse: people are being overtreated. You’ve got to be kidding me! I certainly could have used more treatment in the beginning to avoid the long-term effect on my vertebrae. And I haven’t met anyone who said, oh goody, I get to spend more hours at the physio’s. Of course, what they’re really saying is that we want more profits and it’s easier to penalize the victims, being as consumed by pain as they are, than it is to crack down on healthy speeders, tailgaters, unsafe-lane-changers.  And bonus: anyone who is healthy and has at worst suffered a quickly recovering whiplash injury in a car crash has no idea how catastrophic this change will be, and so will have tuned out that little item.

Besides OHIP will pay, they think.

But OHIP simply does not pay for all the therapies and compensating gadgets injured people need. And, as it is, beyond the simple stuff, insurance companies only pay out after consistent, persistent badgering over weeks, months, years. This change will make things logarithmically worse.

That was the start of my day. The end of my day came with the glad-handing news that Toronto Hydro and Mayor Miller will power up those smart meters, starting with an initial 10,000 Torontonians. It’s bad enough that I struggle to pay my Hydro bill even though I’m consistently in the lowest rate category as my usage is so low, but now I shall be penalized for having been injured, made unemployable, and thus can not go out to work every day. I’m not alone. Any disabled person, any chronically sick person, who relies on home help, has much of their social life through the computer, has trouble sleeping, perhaps can’t organize their life well due to cognitive difficulties and despite Post-its everywhere, who spends most of their days at home, who relies on electron-sucking gadgets to function, will be penalized for using hydro between 7 am and 10 pm, particularly between 11 am and 5 pm, the hours when most get homemaking help and nursing care. And it’s not like people have much say in when their help arrives; it’s whenever they’re available.

Do these high-fiving politicos think almost doubling the hydro bills of the disabled is OK?

And what about stay-at-home parents who do the chores during the day? Will they now have to work night shifts — oh, and day shifts too when kids are home — to do their chores? And what about the self-employed who already run a tight budget; how are they supposed to absorb a doubling of hydro bills, a doubling that will occur because they still have to use computers and other energy-using devices during the day, a doubling that’ll happen in spite of any total energy conservation they currently employ.

Plus how does this reduce overall energy consumption? All it does is encourage those who can do it to shift their energy use to other hours but not to reduce their total consumption. And it doesn’t encourage those who have no choice as to when their laundry gets done to reduce their total consumption, which the current pricing does. Forcing manufacturers to increase the energy efficiency of their products is the real way to increase conservation, something only governments banding together have the clout to do. And I wish they’d hurry up and do it!

As usual bureaucrats and politicians forget about the silent suffering segment of society, forget to shape policies to include everyone, not just the healthy 9-to-5ers. If they do go “oops” and devise some opt-out clause for the disabled, subject to a doctor’s signature, it’ll be just one more piece of paper on the growing doctor-signed opt-out-of-stupid-government policy pile.