It was a long journey from deciding I wanted to write for a living to seeing my first book published, and it’s not over yet.

I started life in England and was named Shireen only after I was hauled out. My mother was very particular as to which spelling was used for my first name, and I like her choice. I sailed to India at the age of 3 months with my parents, spent my formative years there, and arrived in Toronto on Valentine’s Day 1968. Education is hugely venerated in India, so I started reading very young, younger than 2, and was writing in two languages by age 4. Although I went to Montessori School in India, I’m a proud public school grad here in Toronto; I was surprised to discover that Judy Taylor, the subject of my first book, also graduated from my alma mater.

I always loved reading, and writing essays was my favourite part of high school. But I hated English, and focussed on math and the sciences. I especially enjoyed statistics. Strange I know. I worked summers in a nutrition lab, assisting lab technicians and Ph.D. students for six summers. Every summer started off with me calculating a year’s worth of chromatograms with my handy-dandy TI programmable calculator. Then I got to do the fun stuff, like feeding rats, making up their diets, or even better, working with human subjects. I conversed endlessly with my father, Dr. Khursheed N. Jeejeebhoy, about medicine and clinical research on our morning walk to the University of Toronto, and I saw firsthand the results of his genius when I attended barbecues hosted by Judy at her cottage home.

I graduated an Ontario Scholar and entered the Specialist program in Psychology at the University of Toronto. As part of my psychology degree, I undertook several research projects, one on ADD and one on people with eating disorders or living on Home TPN. I loved developing my questionnaires and interviewing all these interesting people, whether they were in a locked psychiatric ward or in my small interview room in the bowels of Sid Smith. I graduated with a Bachelor of Science.

With my science background, I landed a job at B.C. Decker, first as a proof-reader, then as editor, where my work earned me a mention in the preface of Speech Language Pathology and Audiology (1988). During that phase, I attended several Freelance Editors Association of Canada seminars on editing, as well as on graphic design, and slowly my interest in writing emerged. I finally gathered my courage to follow my true path. Back to university I went to study creative writing under the tutelage of a true teacher; with the encouragement of my peers, I entered the Hart House Short Story Contest in 1988 and received an honourable mention.

At my next job, I brought my writing and my research skills together while working as a Research Officer for the Task Force on Access to Professions and Trades in Ontario. I interviewed immigrants disheartened by their experiences here, established Canadians trying to help these immigrants, and various experts. And I wrote about the immigrants’ experiences with language and competency tests.

Eventually I struck out on my own and ran a successful desktop publishing and computer consulting business for clients ranging from The Home Depot to individuals in professional practice. I coded programs from purchase order systems to databases to designing printed materials. At the same time, I started establishing my writing credentials with articles for private Internet sites and professional newsletters on health and nutrition issues and cross-cultural counselling. I’ve also written travel articles, with photographs, for the London Free Press (1997) and The Islander in the Victoria Times-Colonist (1998), as well as a two-part feature article on Judy Taylor in The Medical Post (1998). My short story Like Beads of Time was selected for inclusion in WORDSCAPE 3, the Canadian Authors Association anthology (1997).

I started working on Lifeliner in 1991, and by 1999, I had finished the research. Unfortunately, right in the middle of writing my manuscript for Lifeliner 15 days into 2000, I suffered a closed head injury — a brain injury — from two cars crashing into the one I was in, pushing us into the one stopped in front of us. Four cars. Three impacts on me. Over the course of several years, I relearned how to write (still working on my reading), and with the help of some great people, finally finished my manuscript in the fall of 2006. And hallelujah!, self-published my book Lifeliner in 2007!

In the summer of 2008, I settled my personal injury lawsuit against the two drivers who caused my brain injury. It was like being released from prison. I joined Twitter, began sporadically scanning my old film photographs, learnt how to manipulate — or simply touch up — my new digital photos in Corel PaintShop Pro, read the Book of Job in the Bible and created a group Bible Study on it and then an ebook with photos and handouts, and joined the tens of thousands in the annual novel-writing fest NaNoWriMo. I’ve written a novel every year during November and wrote my memoir Concussion Is Brain Injury.

Since then, I’ve relearnt (and continue to relearn) how to design websites, started a Patreon page, and launched an online shop of wearable art as part of Toronto’s COVID-19 ShopHERE program. And I’ve conducted or been part of research on mitigating thermoregulation problems and neurostimulating gamma brainwaves as a means of healing brain injury. I revised my memoir with Learnings chapters to help others find treatment as reflected in the sub-title Treating the Neurons and Me — because that’s what the second part of my life has been all about.

Enjoy a Tuesday morning post or few on reading, brain injury, writing, or sundry topics of interest to you!
Your information will *never* be shared or sold to a 3rd party.
STAY UPDATED ON BRAIN INJURY!

Join the Mind Explorer weekly digest and get a FREE MULTIMEDIA EBOOK simply by leaving your name and email address in the fields provided.
Your information will *never* be shared or sold to a 3rd party. Powered by Feedblitz.
Enter your name and email and get the weekly newsletter... it's FREE! 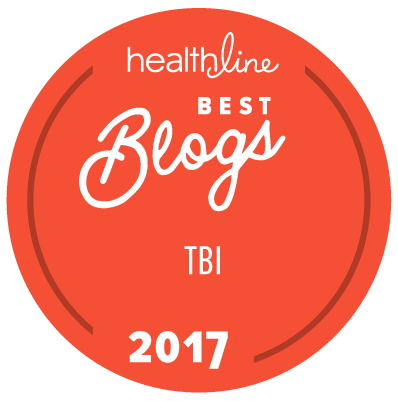