Uncle passed. That’s the Anglican way of putting it. Delicate, euphemistic. Although not delicate, Uncle had his mother’s social graces.

My father’s younger brother died today from the scourge of cancer in the second year of the COVID-19 pandemic. When my grandmother died, Uncle had me call the family friends; today I perform the same for him. Everyone knew him by that name: Uncle. That’s the only name I had to use when I spread the horrific, surreal, awful news, and they knew who I was talking about.

I first met my Uncle when I was two. He lifted me up into his arms, and I pulled the packet of cigarettes out of his cotton shirt pocket and ripped them in half. I had stronger fingers as a two year old than I do now! He laughed and kept on smoking. I wish he hadn’t.

He is the first and only relative I know of to have had cancer. Heart disease and stroke are my family’s means of death. I never expected anyone to develop cancer. I figured we were safe from being ate up by that disease. But smoking in our age of environmental toxins has the last say.

I wasn’t done with that stinky habit of his. Every time, he puffed, I used to frown and glare at him. One time he was driving his brown car — a sedate one, more suited to this burgeoning family man than the red Ford Maverick he and I tore along the highway in once till sense became more powerful than my childish thrill — my Aunt in the front passenger seat, me and my brother in the back. He punched the car’s lighter in to heat it up, and the two adults lit up. I told them in no uncertain terms they shouldn’t smoke in the car. *Cough* *Gasp* “Open your window,” he said, a little impatient with my blunt impudence. I huffed that window crank around and around, trying to get that window down. No use. Oh, the window went down, it’s just that smoke is smoke. Like SARSCoV2, it goes where it wants. I made such a fuss, that that might have been why he decided to stop smoking in the car.

Sundowning
Chainstoking
Words nurses know
On the ICU
In Palliative U
Decades shrink to
This moment
Of dying breath
Not enough time
Left
One more breath
One more moment
Please don’t go.#Cancer In The #Time of #COVID

And then he stopped smoking altogether. I remember him standing there in his sunny East End kitchen, telling my Aunt that she should stop smoking while she said, “Oh, stop, Meher,” with her shy smile of closed lips and sparkling blue eyes, and puffed on her Menthol. She had a harder time quitting than he.

But I digress. He loved telling that story of two-year-old me. He was a man of stories. He was one for regaling people with stories, not so much for writing them down. No matter how much I tried to cajole, I got only a few posts out of him. He told funny stories, his laughter a chuckle, his brown eyes crinkling in humour that encompassed all those listening and joshing with him. Then he’d get serious, his voice deepening as he became philosophical, his “v”s like “w”s, the only sign of being born in India, a WWII refugee with his mother, older brother, grandparents, and father. My grandmother was seven months pregnant with my Uncle. when they all but my grandfather fled Burma for India. My grandfather trekked out. In Uncle’s words:

“Once Safe in India and after a trip in a bus without tires, the three arrived in Mussori which is a hill station in India. The Military Hospital (which was located in Landoor where there was a Military Camp) was not ready to open. (I suppose it was in the final stages of construction) I decided to make my appearance, a temporary area was set up and Meherwan Jeejeebhoy was Born. After all that Mother went through before my birth answers why I am only partly normal.” I can hear him chuckling on that last.

Uncle followed my parents, brother, and I to Canada. He sailed in the merchant navy (I think) from England with this enormous, tall box made of dark-brown wood slats for me. He and my father crowbarred it open for me while I hopped from foot to foot, eager to see what it contained. A dollhouse! The one made for my mother’s mother, handed down to my older cousin, and then to me. And so began my Canadian childhood with Uncle.

He took me to the movies when my mother refused (my mother didn’t like her child screaming in fear to leave and leave NOW in the middle of a movie — geeze, it happened only once). He bought me the brunette version of the Barbie doll and her camper van, much to my mother’s disapproval. Me: So cool! When he went to look for a new apartment, he naturally took me along. I was the final arbiter of taste, the one with the final say in all things Uncle, so of course he had to take me.

We headed to this forest of white-sided apartment buildings, me chattering away. We arrived at St. Jamestown, where all the cool party animals lived, back before it became a den of poverty. We rode up the dark elevator. I no like. I became quiet. The man unlocked the door, and we entered into brown shag heaven. Sunlight streamed in through the windows like foggy rays, a light contrast to the heavy darkness of the hallway. I no like. I absolutely refused to even countenance the idea of my Uncle living there. “OK,” he agreed, even though I’m pretty sure he had his heart set on it, being a party animal himself. He lived to sleep in until noon back then.

He found another apartment building, close to where we lived. It had a green door. Elegant. Aloof. I no like. I looked down the street at the apartment building with the red door. Welcoming, warm, pleasant. That one. He moved in to the apartment next to the one inhabited by the elegant, slim older woman with the ash blonde hair. She became his wife. I remember thinking, years later when I studied psychology, that their ages meant they’d live about the same lifespan. A good thing, I thought. Such is the detached view of youth in university, far away from the reality of death. I don’t know how my Aunt will cope.

I feel like so many of my memories of him have shrivelled up and died in the vacuum of brain injury and pandemic. The last time I saw Uncle, he was in the hospital with a bleed in his knee. This was before the pandemic. His blood thinners combined with an injury were causing problems. The sequelae of the family’s usual heart problems. My orientation mobility trainer had helped me get to the hospital, where my Aunt met me and walked me to his room. I visited enough times that I was finally able to get down the long corridors and navigate the chaos of the ward on my own to the quieter end where he lay in the four-bed room. I didn’t expect no one else to be there when I last visited. I sat on the wall side of his bed, facing the window. He lay propped up. His face was serious, and he began to talk. He told me things I don’t think my family wanted me to know. He mused on feelings and events of himself and others. I listened. I was glad he’d sought help in some of the things he talked about. I don’t know why he decided to confide so much in me, but it felt like the adult version of my childhood relationship with him.

My family doesn’t do video calls. And I have very little to do with any of them, except my mother, anyway. Those hospital visits over a year ago were an anomaly, brain injury having stolen so much of my old life, wrecked relationships, and distorted the trajectory of how I thought things would go with the people I thought I knew so well. I sent Uncle a video message after he entered palliative care. I was unable to reach him by phone only days before. And I knew when he hadn’t replied to my emails with his usual thanks a couple of weeks before then, that it was not good. I didn’t want to do a videocall once he was in palliative care. I wasn’t sure I wanted my last memory of him to be him after cancer had had its way. More grief. “He’s peaceful,” my mother said after being able to “visit” via an inadvertent videocall (my mother and technology are an interesting combo — try to do one thing, end up doing something better). I felt terrible she was unable to visit him in person. People here don’t understand that blood doesn’t make a person a close relative.

The morning is quiet
The dew is fresh
The air is chill
Waiting
For
God
To make
His decision
For us
And for them.#Waiting In The #Pandemic

Uncle, Mum, and I walk up the busy road under the eye-blasting sun. “Mangoes!” they tell me. “We’re going to get mangoes.”

“You’ll see,” says Uncle and Mum, smiling together at me, getting to experience the joy of introducing me to this treat. I’ve never had a mango, and my pudgy little legs keep us to a snail’s pace as we climb to where the produce are to be got. It’s April, alphonso season. I’m to be indoctrinated to the very best mangoes on the whole Earth. No argument. But for now, I’m curious. We reach the place where heaven in a fruit are to be bought. My skinny Uncle, with his flopping black hair, scans the mound of yellow-skinned oval fruit. He squeezes a couple gently. Mum pays for the few he chooses that we can afford. We head back down to our apartment where Uncle lives with me and my parents. My legs tire. I begin to call to Mum to carry me. I reach my arms up. She frowns down, “No. I’m not carrying you. You can walk.”

Uncle picks me up and swings me into his arms. 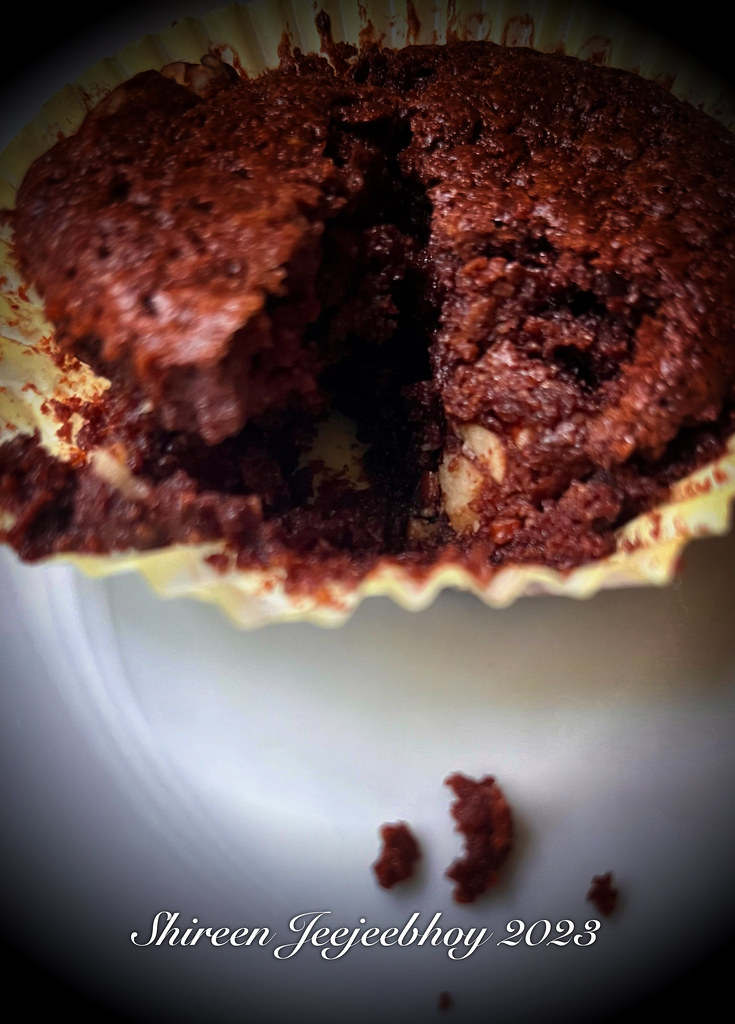