Solar eclipses, futzing with photos on my computer for the first time in 2017 (Yikes! Been that long?!!!), styling the ebook of Concussion Is Brain Injury, makes a gal rather tired and brain biofeedback a struggle. 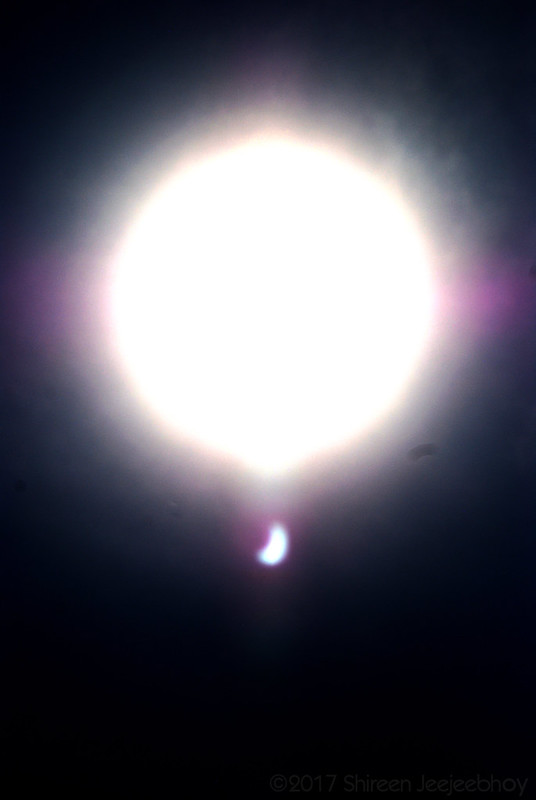 My EMG was decent except during the HRV screen, the one that’s supposed to induce relaxation and prep me for training my brain. Nausea only raised its yucky head during the second gamma enhancement screen. I’d been feeling a bit off most of the day anyway, partly as I’m getting back into heels (nasty wasps see sandals as a method of surreptitious stinging) and low heels and new vision haven’t yet become pals. Maybe I should just go right to the high heels . . .

Anywho, my EMG dropped with training, my heart rate finally fell into the double digits by the end of the session, and I became sleepy. I began yawning before the second set of neurofeedback screens, the PZ ones. And training SMR alone in the second PZ neurofeedback screen almost knocked me out. It was 2005 all over again when they began my brain biofeedback with enhancing SMR, and each appointment became a battle to stay awake. The moment my brain trainer clicked Stop, I didn’t quite fall forward, head to desk, but I wanted to. Coffee! Stat!!!

Colours intensified gradually, becoming definitely stronger by the end of the third PZ screen. But disappointingly not as dramatically as in previous weeks. However . . . my head began to straighten. A little bit in the first screen, more and for almost the entire three minutes of training during the second. That’s new. My head still turned to the right further and more easily before training — it was like it went away a few days after week three training then returned the day before week four (this past week’s).

Two hours later, crossing intersections became easier again: turn head to see traffic behind me to ensure cars won’t turn left into me, turn head maybe 100 degrees to check for traffic coming out of side street, look ahead to see if near parallel traffic blocking was left turners or not, integrate semi-consciously (not quite automatic), and keep walking. No need to pause and think through each step before crossing, as usual.

Flowers rioted colours into my eyes. The intense yellows and prickly centres of black-eyed susans, feathery petals of sunflowers with their seeds feeding beetles, stunning pinks of gerberas, and soft lavenders, with leaves showing off their fine details. 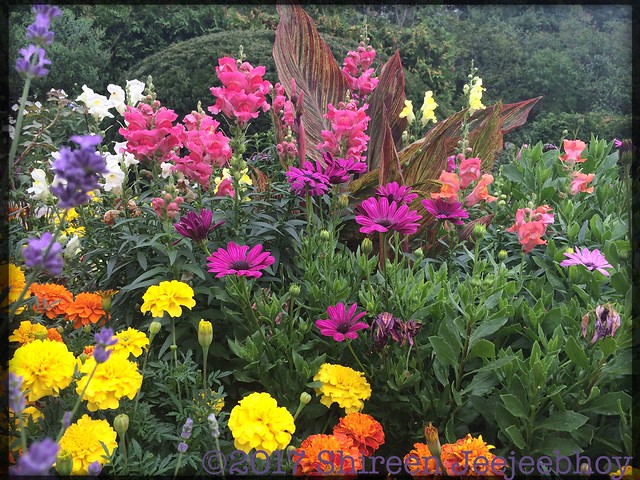 Familiar stairs again easier in terms of being able to look up and ahead while stepping down them carefully and steadily, not having to use my cane much nor hanging on to the rail, and only hesitating on the last step. That improvement began after week three. First week, I hesitated two steps from the bottom, then the second week, one, then the third week sometimes the last, sometimes one up. After week four, last one.

The effects dissipated quickly, like in week two. The entire week was draining. Unexpected, serendipitous events on top of routine appointments on top of extra or longer-than-usual ones taxed my brain, so not surprising training was harder and lasted less time.
I went to Yonge and Eglinton for a training walk. I did it, but the load on my brain forced me to stop frequently to put the ten-ton weight of effort down, so to speak. The chaotic, pushy pedestrian traffic overwhelmed me, and I didn’t know how to navigate it without someone beside me. The person training me forgot to stick like glue beside me for a bit. Unnerving!
So there are still parts of the city I need orientation mobility training on, and lots of guided practice. My VisionMate gave up her volunteering as her work got too busy, so it’ll be awhile before I have guided practice of more difficult routes. But I’ve long since given up on getting back to full independence any time soon. I’m still practicing hills in familiar areas and am independent on certain routes and in a few areas. So that’ll have to do until my brain in its own sweet time can know my body in space and time as easily as it used to, well, as easily as before the eye surgery even if not as easily as before my brain injury. Ain’t recovery fun?